The spectacle of skill 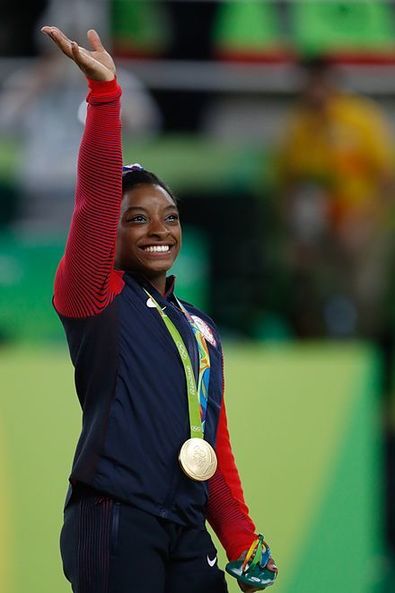 To watch Simone Biles win four gold medals for gymnastics at the Rio Olympics was to feel a special emotion, an abundant admiration for the sheer spectacle of skill. She might (or might not) be quite undistinguished in everything else she does, and  gymnastics may do nothing to solve hunger or climate change, and yet to do this one useless but hard thing supremely well wins us over, almost despite ourselves. It is, in its small way, an ennobling emotion. You're lifted briefly out of your everyday attitudes of self-absorption, envy and resentment. You feel better about yourself and others after watching Simone Biles on the uneven bars.

William Hazlitt speaks to this singular emotion in his essay “The Indian Jugglers”.  It seems that by the 1820s Britain’s embrace of India was already so close that Indian showmen were turning up in the streets and theater halls of London:

"Coming forward and seating himself on the ground in his white dress and tightened turban, the chief of the Indian Jugglers begins with tossing up two brass balls, which is what any of us could do, and concludes with keeping up four at the same time, which is what none of us could do to save our lives, nor if we were to take our whole lives to do it in. …

“A single error of a hair's-breadth, of the smallest conceivable portion of time, would be fatal: the precision of the movements must be like a mathematical truth, their rapidity is like lightning. To catch four balls in succession in less than a second of time, and deliver them back so as to return with seeming consciousness to the hand again, to make them revolve round him at certain intervals, like the planets in their spheres, to make them chase one another like sparkles of fire, or shoot up like flowers or meteors, to throw them behind his back and twine them round his neck like ribbons or like serpents, to do what appears an impossibility, and to do it with all the ease, the grace, the carelessness imaginable, to laugh at, to play with the glittering mockeries, to follow them with his eye as if he could fascinate them with its lambent fire, or as if he had only to see that they kept time with the music on the stage - there is something in all this which he who does not admire may be quite sure he never really admired any thing in the whole course of his life." 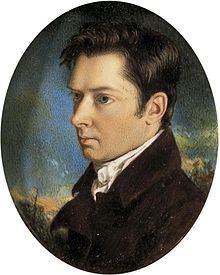 And yet our admiration for the spectacle of skill is not a simple emotion. In words that will strike at the heart of every aspiring blogger, Hazlitt confesses that to see the Indian jugglers shakes his good opinion of himself:

“It makes me ashamed of myself. I ask what there is that I can do as well as this! Nothing. What have I been doing all my life! Have I been idle, or have I nothing to shew for all my labour and pains! Or have I passed my time in pouring words like water into empty sieves, rolling a stone up a hill and then down again, trying to prove an argument in the teeth of facts, and looking for causes in the dark, and not finding them? Is there no one thing in which I can challenge competition, that I can bring as an instance of exact perfection, in which others cannot find a flaw? … What abortions are these Essays! What errors, what ill-pieced transitions, what crooked reasons, what lame conclusions! How little is made out, and that little how ill! Yet they are the best I can do.”

Hazlitt put this shame to good use, evidently, since he is perhaps the finest essayist in the English language. It may take more preparation and complex effort, but one’s admiration for the spectacle of skill in one of Hazlitt’s great essays – ‘On the Pleasure of Hating’, say, or ‘My First Acquaintance with Poets’, or ‘The Fight’ – is at bottom of the same kind as that for the artistry of Simone Biles.

Yet even this is a cause for melancholy, since, today, Hazlitt, for all his skill, is little read and most of his works are out of print, though this may be changing a little: there is a Hazlitt Society, and new biographies and publications of his works do come along at long, irregular intervals. And when I grow gloomy that the tide of malignant stupidity will have its way, and “Western Civ” will finally be suppressed in its homelands, I can still hope that fragments – including the Essays of William Hazlitt - will survive and be cherished in more distant lands.

Like India.  Thanks to the blessed lassitude and conservatism of the Indian educational establishment, it seems that parts of the humanities curriculum in that country may not have changed much since – oh, I don’t know – the 1920s or thereabouts. And so, here, on the Swayamprabha Humanities Channel, is a charming, indeed moving, exposition of William Hazlitt’s ‘The Indian Jugglers’:

Incidentally, I took the title for this post – The Spectacle of Skill - from a recent anthology of the writings of the art critic Robert Hughes.  A review of this book quotes Hughes providing one more angle on admiration for the spectacle of skill:

“I am completely an elitist, in the cultural but emphatically not the social sense. I prefer the good to the bad, the articulate to the mumbling, the aesthetically developed to the merely primitive, and full to partial consciousness. I love the spectacle of skill, whether it’s an expert gardener at work, or a good carpenter chopping dovetails…  I don’t think stupid or ill-read people are as good to be with as wise and fully literate ones…. Consequently, most of the human race doesn’t matter much to me, outside the normal and necessary frame of courtesy and the obligation to respect human rights…. I am, after all, a cultural critic, and my main job is to distinguish the good from the second-rate.”

To admire the best is also to distinguish it from the second-rate. That is true. But I cannot go along with Hughes’ disparagement of the stupid or ill-read. In a tough spot, I would, on balance, rather have in my corner my stupid, loyal friends, than my clever, calculating ones.  There is more to life than cleverness.